The Simons Foundation Autism Research Initiative (SFARI) is pleased to announce that it has selected seven fellows in response to the 2022 Bridge to Independence (BTI) Award request for applications.

The Bridge to Independence Award supports early-career scientists interested in pursuing autism research by facilitating their transition to research independence and providing grant funding at the start of their faculty positions at a U.S. or Canadian research institution.

The Award is offered annually and is open to scientists with a Ph.D. and/or M.D. who are in training positions and intend to apply for a tenure-track research faculty position within the following academic year. Funding includes $495,000 over three years, which is activated upon assumption of a tenure-track professorship, as well as a designated $10,000 gift to be spent during the transition year for professional development activities. In addition to the funding, fellows are provided with many opportunities to further their professional growth and make professional connections with other scientists in the field; these include participation in professional development workshops, annual BTI fellows retreats and Investigator meetings with the larger community of SFARI grantees.

“We are excited to announce the BTI 2022 cohort,” says SFARI senior scientist Alice Luo Clayton, Ph.D., who spearheaded and oversees the BTI program. “We are proud to support this group of very talented and motivated scientists at such a pivotal time in their career, as well as all the other fellows who had contributed to make the BTI program the successful program that it is today.”

The projects selected this year span a variety of topics in autism research, including the gene expression mechanisms that regulate brain development, the embryonic formation of neural circuits and the neural mechanisms underlying particular traits of autism, such as cognitive inflexibility.

Since launching in 2015, the BTI program has supported 44 fellows, many of whom have developed successful careers as independent investigators in autism research. As SFARI Investigators, fellows from earlier BTI cohorts are now in the position to encourage their own mentees to apply for the BTI Award — like Michael Gandal, M.D., Ph.D., a 2016 BTI fellow and now associate professor at the Perelman School of Medicine at the University of Pennsylvania, whose postdoc Leanna Hernandez is among this year’s fellows.

“The BTI Award has provided me with a tremendous opportunity to kick off my career, and I am happy to help the postdocs in my lab go through the same process,” says Gandal. “I wish for Hernandez and the other fellows to make the most of SFARI funding and support, including their guidance on how to best navigate the exciting and challenging times toward research independence.”

By joining the SFARI community, BTI fellows also can connect with other neuroscience initiatives supported by the Simons Foundation. Building on the success of the BTI program, last year SFARI’s sister neuroscience divisions at the foundation, the Simons Collaboration on the Global Brain (SCGB) and the Simons Collaboration on Plasticity and the Aging Brain (SCPAB) launched the Transition to Independence (TTI) program(s), which, like the BTI, are similarly aimed at scientists in the earlier stages of their careers.

SFARI will be working with the Neuroscience Collaborations programs to create occasions for the BTI community to interact and network with the SCGB TTI fellows and SCPAB TTI fellows. 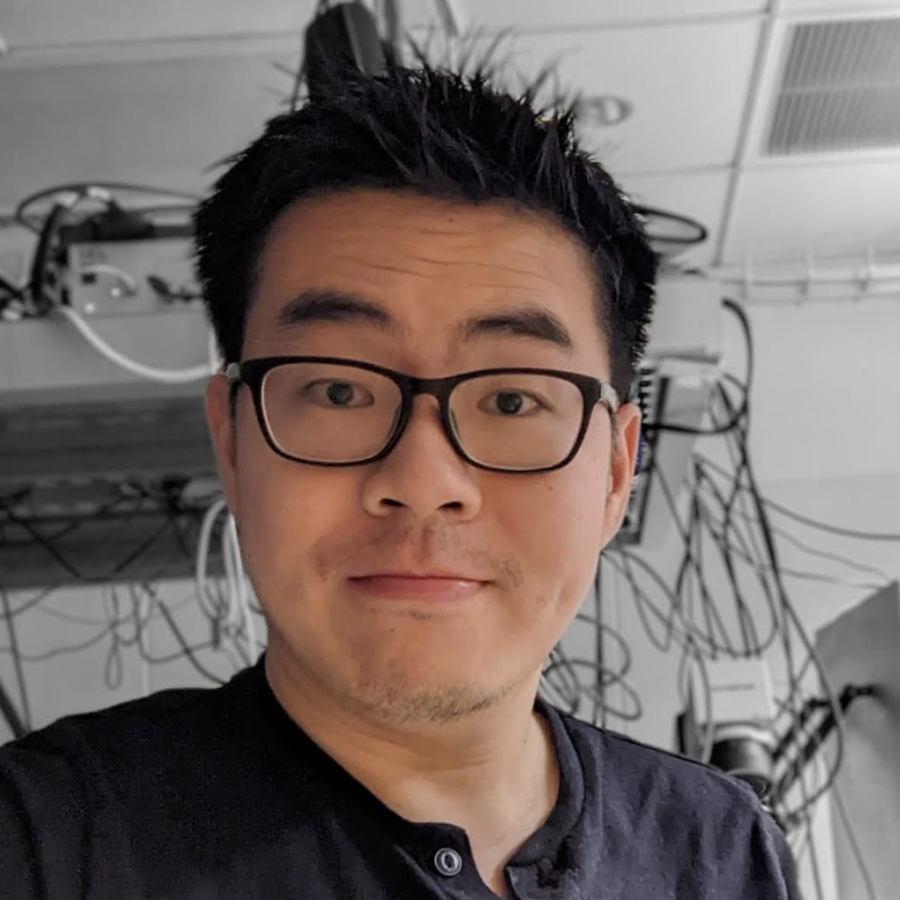 Proposed research project:
Deciphering the roles of lncRNA in neurodevelopment and autism

Long noncoding RNAs (lncRNAs) play critical roles in many physiological processes by regulating the expression of genes, including in the brain. Cheen Euong Ang and colleagues recently discovered an evolutionarily conserved lncRNA that is mutated in children with autism and intellectual disability1. In the current project, he plans to extend on this study by identifying additional neuronal lncRNAs that are focally deleted or duplicated in autism. Furthermore, he plans to develop imaging tools to visualize how key lncRNAs regulate subtype specification in the developing brain through chromatin interactions. Findings from these studies will provide mechanistic understanding of the roles of lncRNAs in neurobiology and neurodevelopmental conditions, enabling potential future therapeutic interventions. 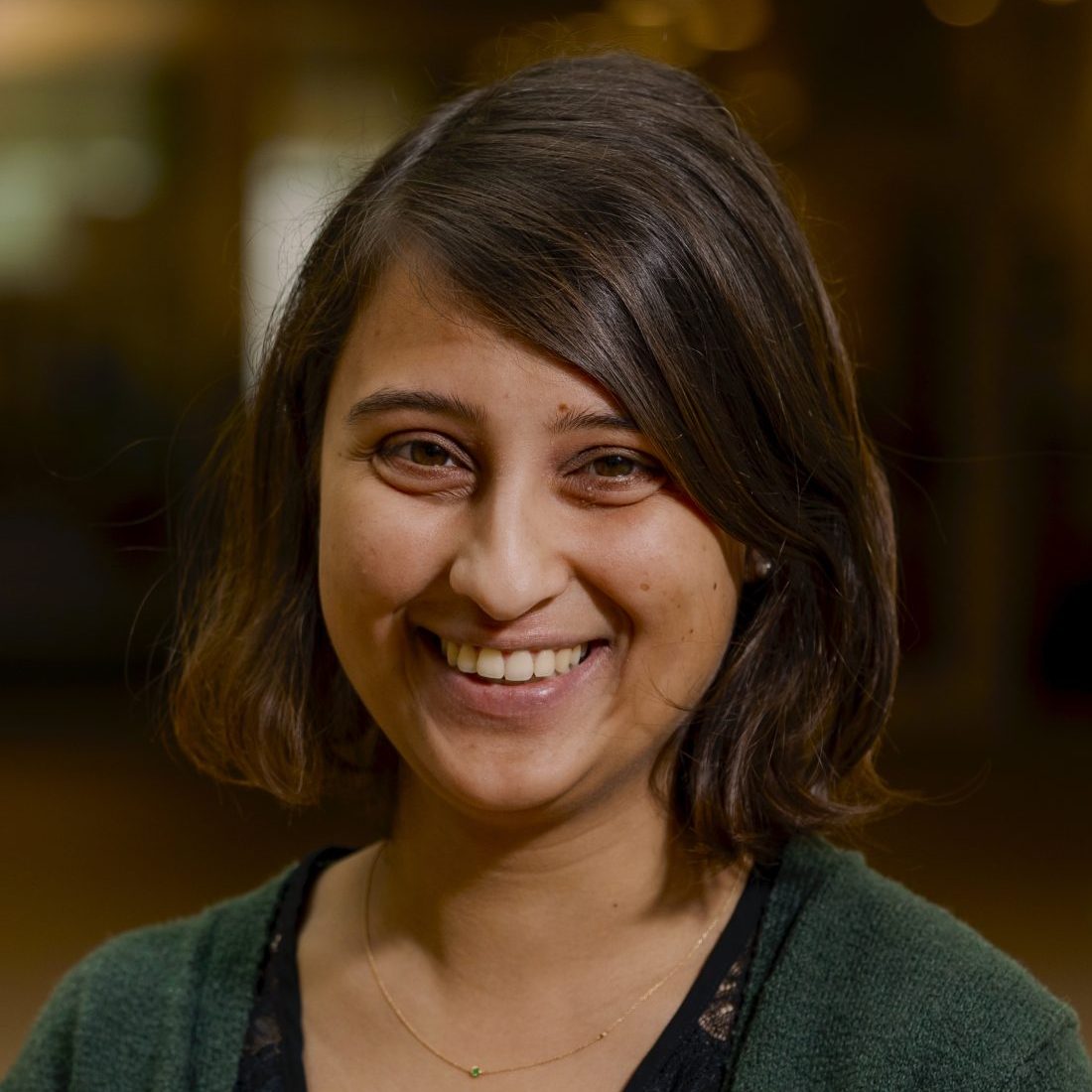 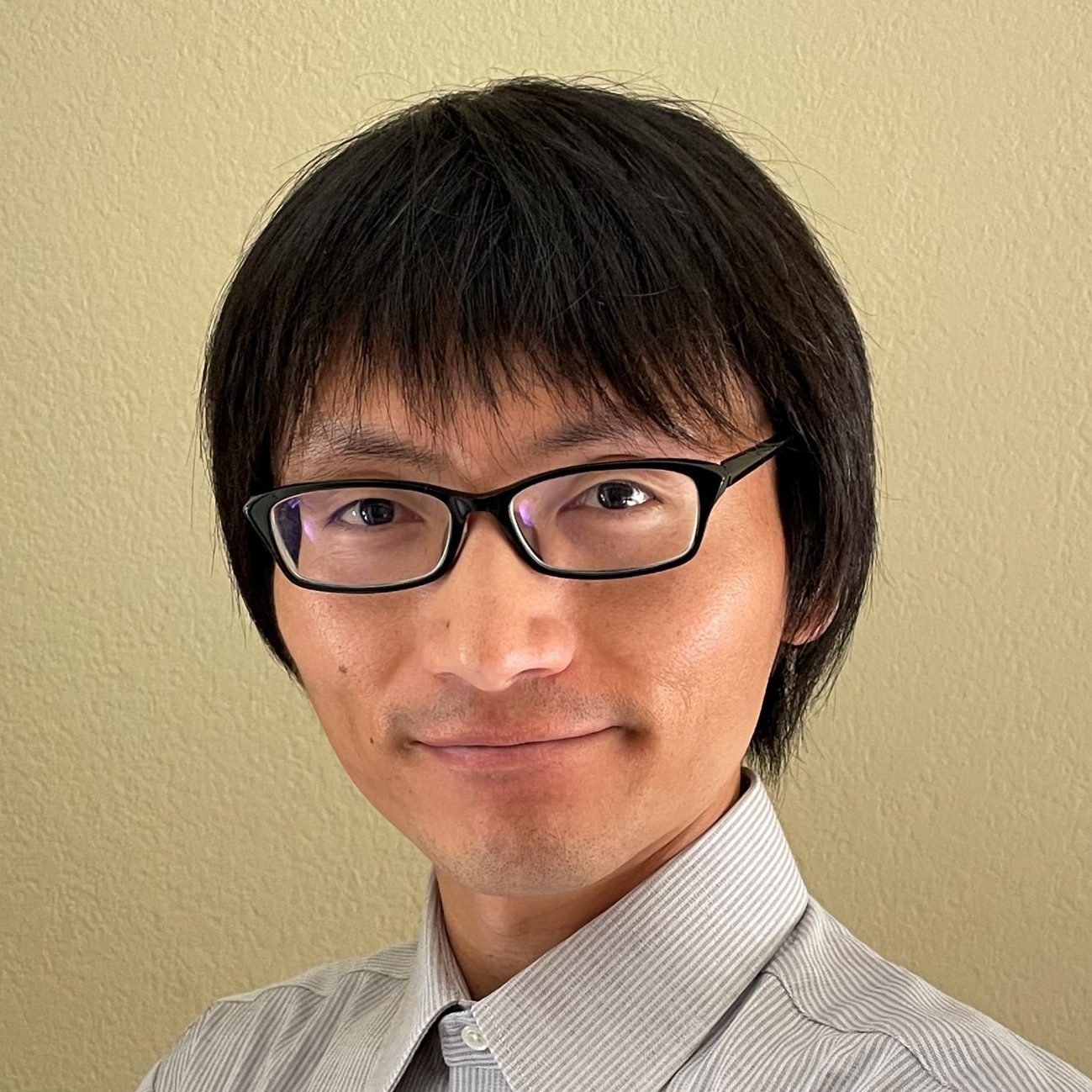 Difficulties in a fundamental learning process known as reinforcement learning (RL) have been linked to cognitive inflexibility in autism, but the underlying neural mechanisms have been largely unexplored. Ryoma Hattori proposes a set of experiments using large-scale two-photon imaging and network simulations to investigate neural mechanisms — namely, neural activity and synaptic plasticity — that underlie cognitive inflexibility in mouse models of autism in the context of RL, compared to wildtype mice. This work aims to reveal brain areas with atypical RL-related neural activity and synaptic plasticity in autism and to determine whether these candidate brain areas are directly responsible for autism-related behavioral phenotypes. The proposed project could significantly advance our understanding of dysfunction in higher cognitive and learning processes in autism. 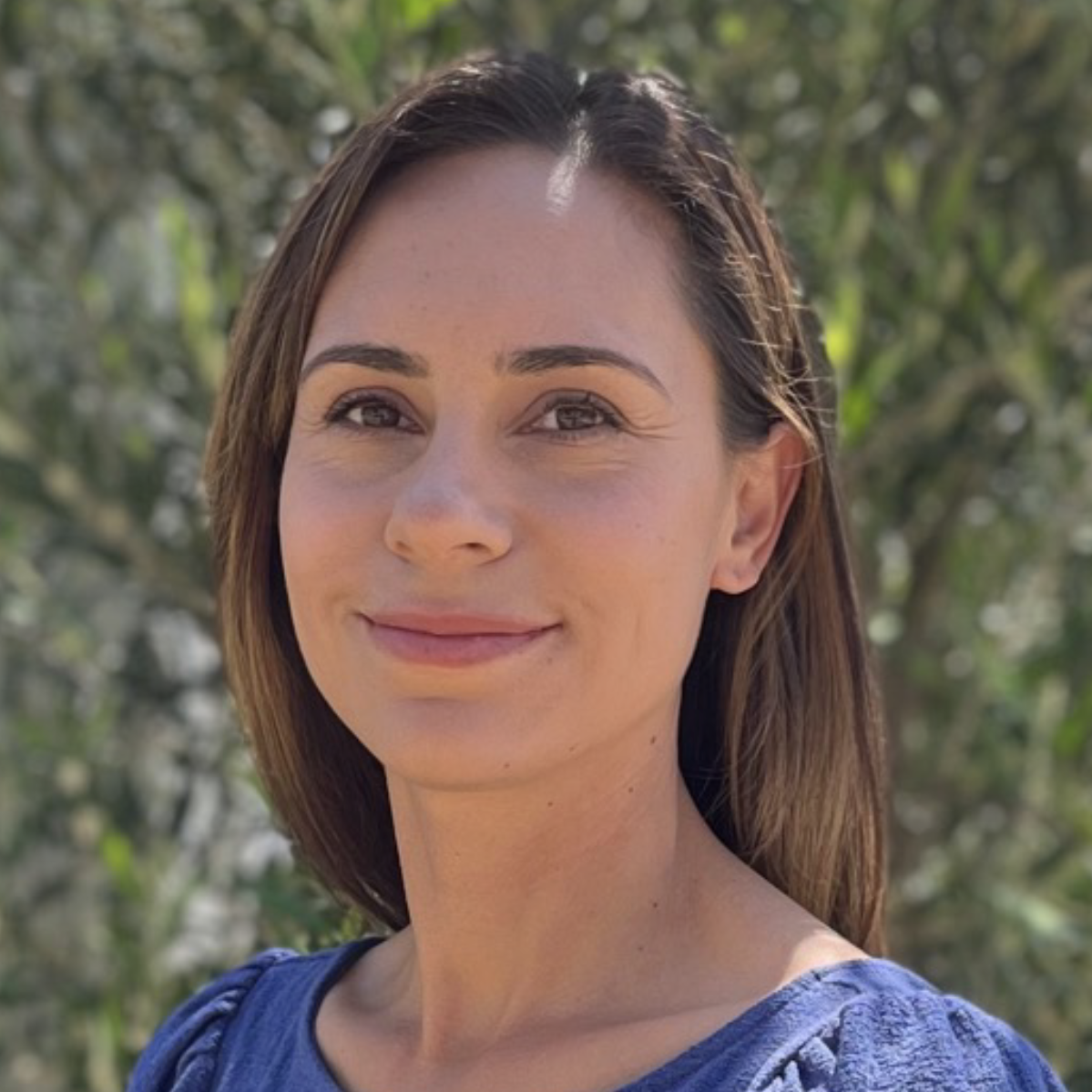 Altered neural-immune (NI) signaling is implicated in the pathophysiology of autism. However, there has been no systematic effort to examine how individual differences in NI gene expression affect brain development. Leanna Hernandez aims to identify common genetic variants associated with NI gene expression and characterize the impact of NI genetically regulated expression (GREx) on neurodevelopmental trajectories and liability for autism. She will integrate transcriptomic and genotype data from over 4,000 postmortem human brain samples across development to perform genome-wide association studies. To identify biomarkers of autism risk, she will also determine the impact of NI GREx on trajectories of structural brain development and psychiatric characteristics in over 10,000 youth with and without autism. The proposed research will generate a genome-wide resource for individual-level prediction of gene expression in the brain and characterize the impact of NI gene expression on neurodevelopmental heterogeneity in autism. 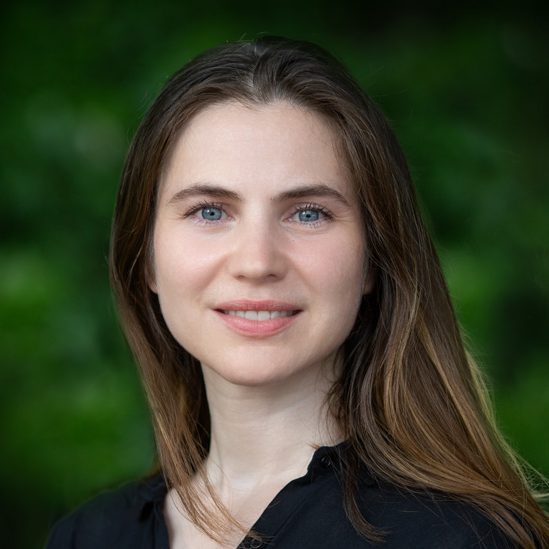 Excitatory pyramidal neurons form the largest and most diverse cell type in the mammalian cortex. Pyramidal neuron identity is currently defined by a constellation of morphology, projection patterns and molecular signatures. To date, cell-type-specific transcriptional patterns have been characterized at static timepoints in the developing or mature brain. Katherine Matho plans to bridge the gap in the current definition of pyramidal neuron types to include developmental trajectory as a defining feature. Knowing how temporal gene expression patterns specify pyramidal neuron identity will pave the way for understanding the relationship between key regulators and effector genes, including several autism risk genes, in neurodevelopmental processes and cortical functions in the mature brain. 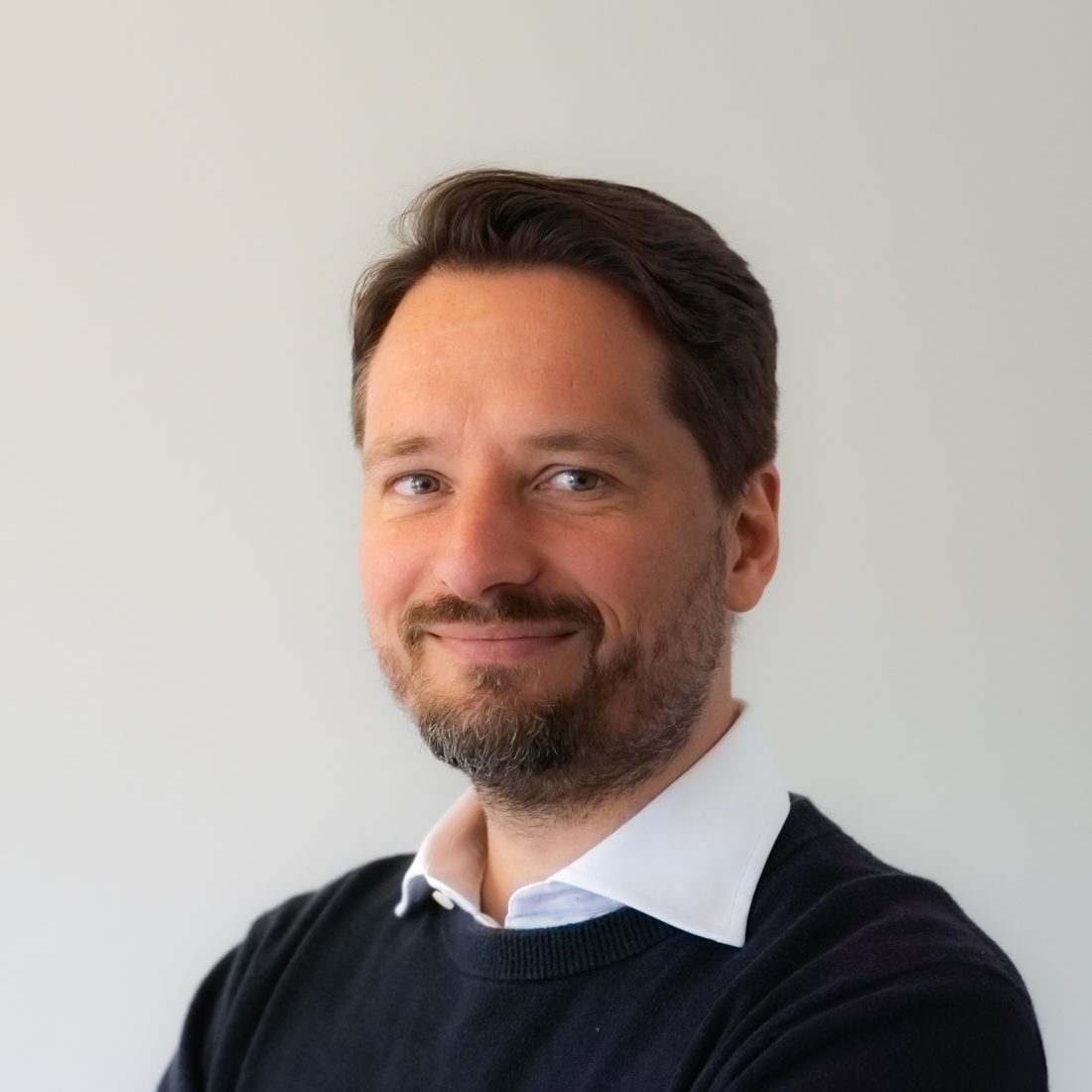 Proposed research project:
Embryonic circuit formation and the impact of autism-relevant mutations and activity in vivo

Embryonic cortical development is an important period for the manifestation of autism spectrum disorders. However, the exact time when cortical pyramidal neurons first assemble into circuits in vivo, as well as the impact autism-relevant genes have on this process, remains unknown. Martin Munz and colleagues have developed a method to image the activity and morphology of cortical neurons in mouse embryos in vivo. He plans to use this method to study the development of embryonic layer-5 pyramidal neurons and their assembly into circuits. Furthermore, he plans to study how changes in the expression of autism-relevant genes lead to specific changes in neuronal activity and the impact this has on pyramidal circuit formation. 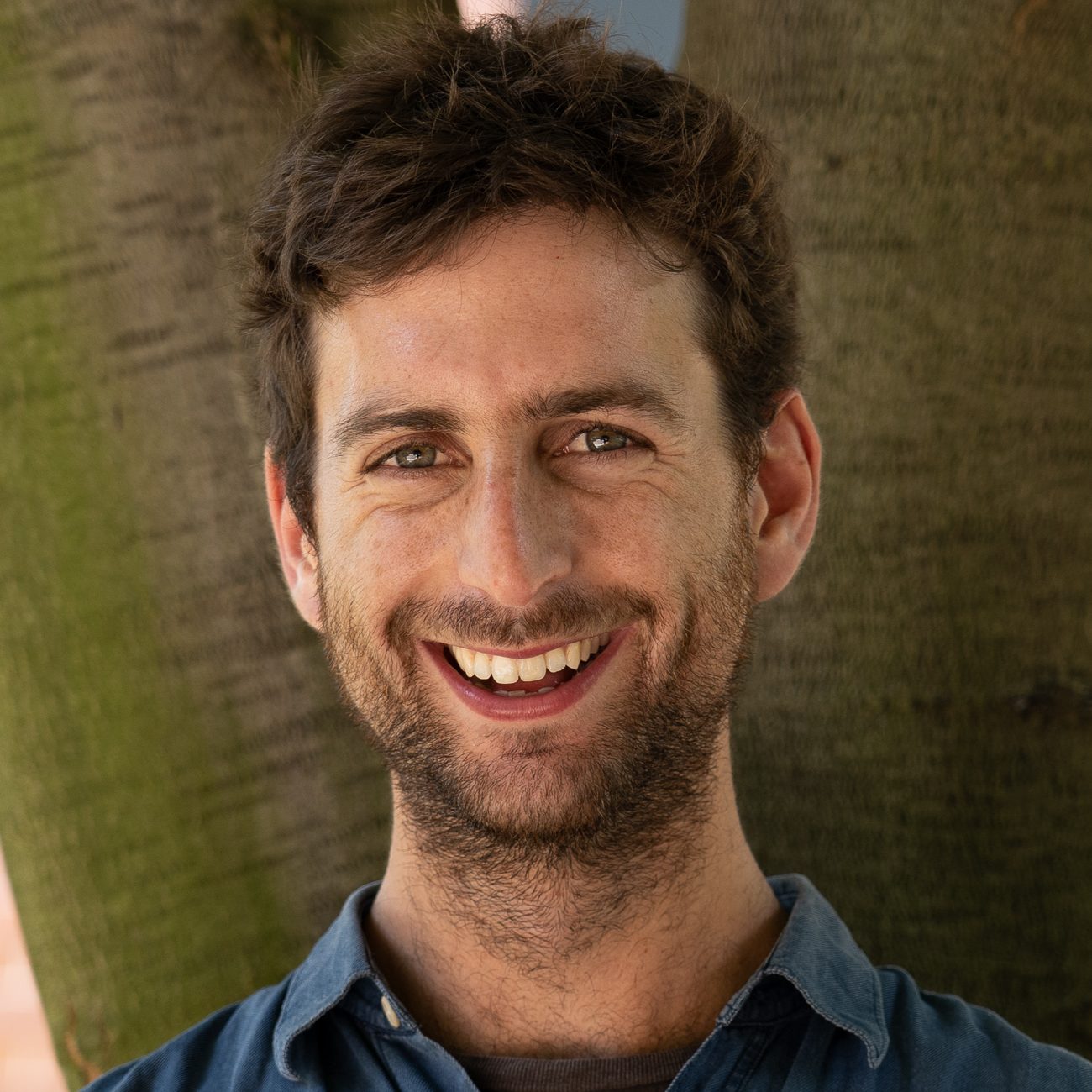 The challenges of delivering gene-based therapies to correct disorder-causing mutations in the central nervous system (CNS) have impeded the development of novel gene therapies for autism. Micheal Segel will focus on developing strategies for gene delivery in the CNS. While his previous work demonstrated that a mammalian retroelement-derived protein, PEG10, can be harnessed as an efficient mRNA delivery vector in vitro, his current project will determine whether PEG10 and related retroelements could be used for in vivo corrective gene therapies in the CNS. In addition, he plans to establish a biological role for PEG10 in the CNS, to ensure that the engineered delivery vector does not have unintended biological interactions. In an effort to expand the arsenal of endogenous retroviral-like proteins capable of delivering nucleic acids, Segel will also study the large diversity of PEG10-like proteins expressed in the CNS and their biological function in the brain and leverage this information to reprogram them for gene therapy.

SFARI supports 2022 Summer Undergraduate Research Program
Subscribe to our newsletter and receive SFARI funding announcements and news
We use cookies to analyze web traffic and to improve your browsing experience; full details are in our privacy policy. Please agree to accept cookies from our site.AGREE