Renata Batista-Brito is an assistant professor at Albert Einstein College of Medicine. Her work thus far has focused on how inhibition shapes cortical activity in health and disease.

As a graduate student in the laboratory of Gordon Fishell at New York University School of Medicine, Batista-Brito conducted a series of studies aimed at understanding the role of genetic factors in interneuron development. This work resulted in the identification of a set of genes required for the specification and maturation of cortical interneurons. Later studies of these genes by Batista-Brito and others in the Fishell lab demonstrated a potential causal link between genetic disruption of inhibition and psychiatric disorders.

To further examine the basic etiology of neurodevelopmental disorders by uniting molecular genetic analysis with physiological mechanisms, Batista-Brito joined the laboratory of Jessica Cardin at Yale University for postdoctoral training. Here, Batista-Brito used in vivo electrophysiology and imaging techniques to investigate how populations of cortical neurons encode visual information, showing that fluctuations in arousal state impact spontaneous and visually-evoked cortical activity. She also examined the roles of specific sources of inhibition on cortical processing using both wildtype mice and genetic models of autism and schizophrenia.

In her own laboratory at Albert Einstein School of Medicine, Batista-Brito is investigating how postnatal development of inhibitory function shapes the way sensory information is represented in the mature brain. While the mature function of sensory brain areas has been broadly studied, the developmental principles by which this maturity is achieved remain poorly understood. The long-term goal of her laboratory is to understand how the postnatal development of inhibition shapes sensory representation in the mature brain and how this process is altered in neurodevelopmental disorders. 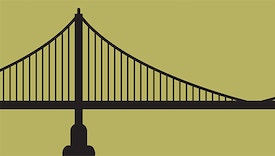