Thomas C. Südhof was born in Göttingen, Germany, and obtained his M.D. and doctoral degrees from the University of Göttingen in 1982. He performed his doctoral thesis work at the Max-Planck-Institut für biophysikalische Chemie in Göttingen, Germany, with Victor P. Whittaker on the biophysical structure of secretory granules. From 1983–1986, Südhof trained as a postdoctoral fellow with Mike Brown and Joe Goldstein at University of Texas (UT) Southwestern, where he elucidated the structure, expression and cholesterol-dependent regulation of the low-density lipoprotein (LDL) receptor gene.

Südhof began his independent career as an assistant professor at UT Southwestern in 1986. Upon starting his laboratory, Südhof decided to switch his research from cholesterol metabolism to neuroscience and investigate the molecular mechanisms of synaptic transmission. His work initially focused on neurotransmitter release, the molecular bases of which were completely unknown in the 1980s. Later on, Südhof’s work turned to the analysis of synapse formation and specification, including processes that mediate the initial assembly of synapses, regulate their maintenance and elimination, and determine their properties.

Südhof served as a faculty member at UT Southwestern in Dallas until 2008, where he was also one of the founding chairs of the Department of Neuroscience. In 2008, Südhof became Avram Goldstein Professor in the School of Medicine at Stanford University. Südhof has been an Investigator of the Howard Hughes Medical Institute since 1986.

Past
Function and dysfunction of neuroligins in synaptic circuits
Awarded: 2010
Award Type: Research 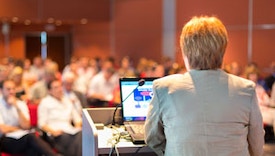 NewsNeuroscience 2015: Presentations by SFARI InvestigatorsOctober 16, 2015
Subscribe to our newsletter and receive SFARI funding announcements and news
We use cookies to analyze web traffic and to improve your browsing experience; full details are in our privacy policy. Please agree to accept cookies from our site.AGREE