Catherine Dulac is a Howard Hughes Medical Institute Investigator, Higgins Professor of Molecular and Cellular Biology and Lee and Ezpeleta Professor of Arts and Sciences at Harvard University. Her work explores the identity and function of neural circuits underlying instinctive social behaviors in mice and the role of genomic imprinting in the adult and developing brain.

She grew up in Montpellier, France, graduated from the Ecole Normale Supérieure, Paris, and received her Ph.D. from the University of Paris VI. She was a postdoctoral fellow at Columbia University and joined Harvard University as a junior faculty member before becoming full professor and Chair of Harvard’s Department of Molecular and Cellular Biology from 2007 until 2013.

Past
Molecular characterization of temperature-sensitive circuits in the mouse
Awarded: 2016
Award Type: Research 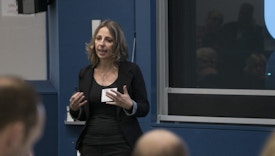 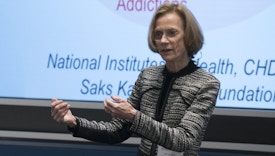