Abba Krieger received a B.S. degree in pure mathematics from the Massachusetts Institute of Technology in 1972 and a Ph.D. in mathematical statistics from Harvard University in 1974. He has been a professor of statistics at the Wharton School of the University of Pennsylvania since beginning as an assistant professor.

Krieger’s research encompasses a wide range of topics, from theoretical to applied problems in different disciplines. He has been involved in the analysis of the data for numerous grants, most recently in bioengineering, as a well as a current multi-year grant on autism from the Simons Foundation.

He has won many teaching awards including the Lindback Award, which is university-wide, the Helen Kardon Moss Anvil Award for Teaching Excellence in the Wharton MBA Program, and the David W. Hauck Award for Outstanding Teaching.

Krieger also has many years of consulting experience, including the analysis of medical data, which he has developed specific expertise. This past year, he became the statistical consultant to the research of Robert Levy, particularly in the study of heart valves. In addition, he was appointed to the board of the Philadelphia Pediatric Device Consortium, which reviews National Institutes of Health grants that involve novel devices for children.

Past
A study of the autism phenotype
Awarded: 2008
Award Type: Simons Simplex Collection 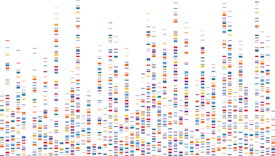 NewsSFARI 2020 Director Awards announcedMarch 25, 2021
Subscribe to our newsletter and receive SFARI funding announcements and news
We use cookies to analyze web traffic and to improve your browsing experience; full details are in our privacy policy. Please agree to accept cookies from our site.AGREE