Joseph Gleeson graduated from the University of Chicago Pritzker School of Medicine with honors, then trained in pediatrics and neurology, with a chief residency year at Boston Children’s Hospital and Harvard Medical School. He performed postdoctoral research training at Harvard Medical School and was a faculty member at University of California, San Diego (UCSD) and an attending physician at Rady Children’s Hospital San Diego. From 2014 to 2015, he was the Leon Hess Professor and head of the Laboratory for Pediatric Brain Disease at The Rockefeller University and director of Mendelian sequencing at the New York Genome Center. He relocated to San Diego in 2015 with the Rady Children’s Hospital Auxiliary Endowed Professorship of Neuroscience at UCSD and directorship of neuroscience research at the Rady Children’s Institute for Genomic Medicine.

Gleeson has directed research that has led to the identification of over 50 genetic causes of pediatric brain disease, including those involved in lissencephaly syndrome, Joubert syndrome and autism. He is a Howard Hughes Medical Institute Investigator and an elected member of the National Academy of Medicine. 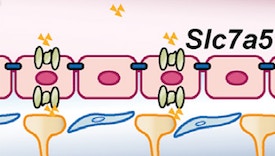 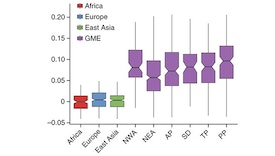 NewsA new resource to mine recessive disease genesJuly 29, 2016
Subscribe to our newsletter and receive SFARI funding announcements and news
We use cookies to analyze web traffic and to improve your browsing experience; full details are in our privacy policy. Please agree to accept cookies from our site.AGREE