Jason Stein’s lab explores how variations in the genome change the structure and development of the brain and, in doing so, create risk for neurodevelopmental and psychiatric disorders. Stein studies genetic effects on multiple aspects of the human brain, from macroscale phenotypes like gross human brain structure measured with magnetic resonance imaging to molecular phenotypes like gene expression and chromatin accessibility measured with genome-sequencing technologies. He also uses neural progenitor cells as a modifiable and high-fidelity model system to understand how disease-associated variants affect brain development.

Stein is an assistant professor in the Department of Genetics and the Neuroscience Center at The University of North Carolina at Chapel Hill. He received a B.A. from Northwestern University in the Integrated Science Program and then pursued postbaccalaureate work at the intramural program of the National Institute of Mental Health with Andreas Meyer-Lindenberg. He received his Ph.D. in neuroscience from the University of California, Los Angeles, working under Paul Thompson, where he worked on discovering the genetic influences on macroscale human brain structure and co-founded the ENIGMA (Enhancing Neuro Imaging Genetics through Meta Analysis) Network. He completed postdoctoral training at the University of California, Los Angeles in Dan Geschwind’s lab, where he developed tools to evaluate how well neural stem cells model brain development and studied regulatory regions governing human neurogenesis. 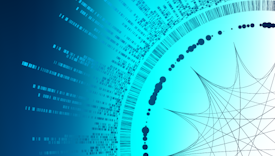 NewsSFARI announces Genomic Analysis for Autism Risk Variants in SPARK awardeesMarch 28, 2019
Subscribe to our newsletter and receive SFARI funding announcements and news
We use cookies to analyze web traffic and to improve your browsing experience; full details are in our privacy policy. Please agree to accept cookies from our site.AGREE