Hisashi Umemori is a neuroscientist at Boston Children’s Hospital, Harvard Medical School. The goal of his research is to identify the molecules and mechanisms underlying the establishment of appropriate synaptic circuits in the brain and provide clues for the treatment of disorders associated with abnormal synaptic circuit development, such as autism spectrum disorder (ASD).

Hisashi Umemori’s initial training was as an M.D. (University of Tokyo), but early in his clinical career, he decided to devote himself to understanding the basis of the neuropsychiatric diseases that he was unable to treat properly. At the University of Tokyo, as his Ph.D. work, he analyzed the molecular mechanisms underlying myelination and synaptic plasticity. These studies kindled his interest in how synapses form in the brain. As a postdoctoral fellow in Joshua Sanes’ lab at Washington University in St. Louis and Harvard University, Hisashi Umemori started studying synapse development. He joined the faculty of the University of Michigan in 2006 and moved to Boston Children’s Hospital, Harvard Medical School in 2013.

Umemori’s lab has identified various molecules and mechanisms that regulate the establishment of specific synaptic circuits and their activity-dependent refinement in the brain. Hisashi Umemori has received funding from the Mallinckrodt, March of Dimes and Whitehall Foundations, as well as receiving Robert H. Ebert Clinical Scholar and Klingenstein Fellowship awards. 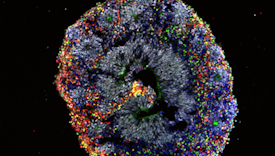