Sapiro is currently the James B. Duke Professor at Duke University. He works on theory and applications in computer vision, computer graphics, medical imaging, image analysis and machine learning. He has authored and co-authored over 450 papers in these areas.

He was awarded the Gutwirth Scholarship for Special Excellence in Graduate Studies in 1991, the Ollendorff Fellowship for Excellence in Vision and Image Understanding Work in 1992, the Rothschild Fellowship for Post-Doctoral Studies in 1993, the Office of Naval Research Young Investigator Award in 1998, the Presidential Early Career Awards for Scientist and Engineers (PECASE) in 1998, the National Science Foundation Career Award in 1999 and the National Security Science and Engineering Faculty Fellowship in 2010. He received the ‘Test of Time Award’ at the International Conference on Computer Vision in 2011 and the International Conference on Machine Learning in 2019.

He was elected to the American Academy of Arts and Sciences in 2018. He is also a fellow of the Institute of Electrical and Electronics Engineers (IEEE) and the Society for Industrial and Applied Mathematics (SIAM) and was the founding editor-in-chief of the SIAM Journal on Imaging Sciences. 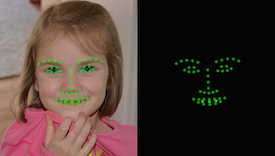 NewsSPARK workshop discussed digital tools for phenotyping cognition and behavior in autism spectrum and other brain disordersDecember 20, 2018
Subscribe to our newsletter and receive SFARI funding announcements and news
We use cookies to analyze web traffic and to improve your browsing experience; full details are in our privacy policy. Please agree to accept cookies from our site.AGREE