Adam Hantman is an associate professor and the Edward R. Perl Investigator at the University of North Carolina at Chapel Hill. Previously, he was a group leader at the Janelia Research Campus of the Howard Hughes Medical Institute.

The Hantman Lab focuses on the neural dynamics that underlie control of skilled actions in genetically modifiable species. The lab combines genetics, anatomy, physiology and behavior in order to understand how precise and accurate motor actions are learned and executed. Its current work also attempts to uncover how neurological and neurodevelopmental disorders impact the whole-brain dynamics that drive these skilled behaviors. 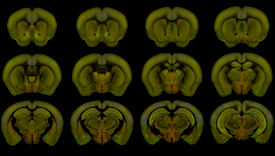 NewsSFARI 2022 Pilot awardees announcedSeptember 6, 2022
Subscribe to our newsletter and receive SFARI funding announcements and news
We use cookies to analyze web traffic and to improve your browsing experience; full details are in our privacy policy. Please agree to accept cookies from our site.AGREE