Alan Packer joined the Simons Foundation in 2009 to work with a team of scientists responsible for SFARI’s autism grant portfolio, with a particular emphasis on grants in the area of cell and developmental biology, and genetics. He has led a number of targeted award programs, including the 2015 Whole-Genome Analysis for Autism Risk Variants  and Functional Screen of Autism-Associated Variants request of applications. In the area of genetics, he has served as a liaison with the SFARI Gene curation team at MindSpec, helping to lead the development of the site’s Gene Scoring module. He has also participated in the administration of the Simons Simplex Collection exome- and genome-sequencing programs and closely follows efforts to build on these genetic insights in the service of a better understanding of the biology of autism.

He earned his undergraduate degree in biology from Brandeis University and his doctorate in cell biology and genetics from the Weill Cornell University Graduate School of Medical Sciences in New York City. His graduate work, with Rosemary Bachvarova, focused on germ cell development using the mouse as a model system. With Debra Wolgemuth at Columbia University Medical Center, he carried out postdoctoral work on developmental control genes (Hox genes) and the mechanisms of their regulation in the mouse embryo.

In 2000, Packer joined the editorial staff of Nature Genetics, the leading journal in the field of genetics, where he was involved in all aspects of the journal’s production. His responsibilities included overseeing peer review of submitted manuscripts, with an emphasis on the genetics of human disease, as well as commissioning reviews, writing press releases and editorials, updating the journal’s website and preparing special issues of the journal. He served as acting editor from 2002 to 2003 and has also done freelance writing on a number of topics for Nature and other scientific publications.

May 11, 2020
Cell-type-specific effects of loss of autophagy in the striatum

David Sulzer and colleagues used conditional knockout mice of Atg7, a protein involved in autophagy, to study the effects of loss of autophagy on the structure and function of striatal spiny projection neurons, as well as on behaviors relevant to ASD. 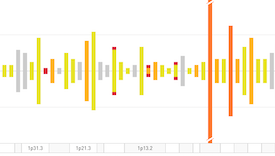 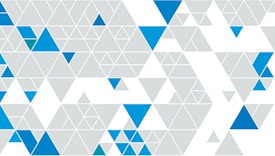 NewsExome sequencing data from the Simons Simplex Collection now available onlineMarch 15, 2016
Subscribe to our newsletter and receive SFARI funding announcements and news
We use cookies to analyze web traffic and to improve your browsing experience; full details are in our privacy policy. Please agree to accept cookies from our site.AGREE