Tobias Bonhoeffer is director of the Max Planck Institute of Neurobiology and professor at the Ludwig Maximilians University in Munich.

His research is focused on deciphering the cellular foundations of learning and memory and how the brain adapts to its environment. Findings from his laboratory have contributed to the understanding that synaptic plasticity is accompanied by structural changes of dendritic spines. His group has also demonstrated that such structural changes are the reason why relearning of information acquired early in life is comparatively easy. 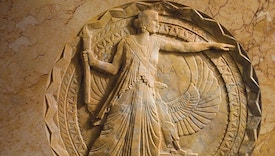 NewsSFARI Investigator and board member elected to the National Academy of Sciences in 2020June 9, 2020
Subscribe to our newsletter and receive SFARI funding announcements and news