Robert Darnell is the Robert and Harriet Heilbrunn Professor of Cancer Biology at The Rockefeller University and an investigator of the Howard Hughes Medical Institute.

Darnell uses high-throughput sequencing and other techniques to investigate the proteins that regulate RNA and thereby affect gene expression. He became interested in this system through his study of naturally occurring tumor immunity associated with a group of rare brain disorders. His interests have since expanded to neuron-specific RNA-binding proteins in the mammalian brain and more generally to functional genomics and human disease. 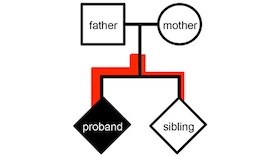 NewsGenomic patterns of de novo mutation in simplex autismNovember 2, 2017
Subscribe to our newsletter and receive SFARI funding announcements and news
We use cookies to analyze web traffic and to improve your browsing experience; full details are in our privacy policy. Please agree to accept cookies from our site.AGREE