Marín’s key research interests are in the mechanisms underlying the formation of functional networks in the cerebral cortex. In this highly intricate and nuanced neuronal system, much of the complexity arises during development through the interaction of two distinct neuronal types: glutamatergic projection neurons and GABAergic interneurons. Pyramidal cells constitute approximately 80 percent of the neurons in the cortex and they specialize in transmitting information between different cortical regions and to other regions of the brain. Interneurons comprise a highly heterogeneous group of neurons that primarily contribute to local assemblies, where they provide inhibitory inputs and they shape different forms of synchronized oscillations.

His lab’s research largely concentrates on the analysis of the mechanisms controlling the migration, final allocation and connectivity of cortical interneurons. Findings from the lab’s research may contribute to understanding the etiology of neurodevelopmental and psychiatric conditions such as autism and schizophrenia. 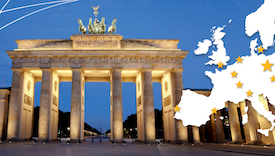