During his Ph.D. training, Marc Vidal discovered two new yeast genes, SIN3 and RPD3, and demonstrated their function in global transcriptional regulation. Together with the subsequent biochemical identification of histone deacetylase as the product of RPD3, his work helped confirm the Allfrey hypothesis concerning the role of histone modifications in transcriptional regulation, which is widely considered one of the major events that sparked the field of modern epigenetics.

Since the mid-1990s, Vidal has focused his attention on understanding complex macromolecular networks and systems operating inside cells. His main hypothesis is that cells can be better understood as a wiring diagram of dynamic molecular interactions and that perturbations of such interactions underlie most genotype-phenotype relationships.

Originally trained as a bioengineer and a geneticist, Vidal pioneered the concept of ‘interactome network modeling,’ which is based on interdisciplinary strategies developed with collaborators from the fields of physics, computer science, mathematics, genomics and human genetics. Together, they have discovered fundamental systems properties in the human interactome network and are now starting to unravel fundamental relationships between cellular systems, genetic variation, host-pathogen relationships and human disease. 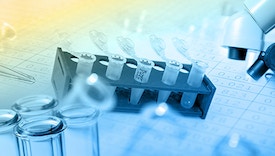 ProjectFunctionalizing the autism variomeNovember 14, 2022
Subscribe to our newsletter and receive SFARI funding announcements and news
We use cookies to analyze web traffic and to improve your browsing experience; full details are in our privacy policy. Please agree to accept cookies from our site.AGREE