Elizabeth Spelke, Ph.D., is the Marshall L. Berkman Professor of Psychology and director of the Laboratory for Developmental Studies at Harvard University. Spelke received her B.A. in social relations from Radcliffe College in 1971 and her Ph.D. in developmental psychology from Cornell University in 1978. Spelke’s research focuses on understanding the development of human cognition, with a particular interest in how mathematical-thinking and social-reasoning capacities develop.

Spelke has received numerous awards and recognitions for her research over the course of her career, including a National Academy of Sciences prize in 2014 honoring her contributions to the psychological and cognitive sciences. Her scientific contributions have also been recognized in the popular press, and she has been named one of America’s Best in Science and Medicine by Time magazine in 2001 and had her research be the focus of a 2012 New York Times article entitled “Insights into Human Knowledge.” 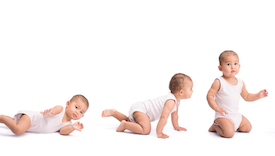