David Kastner is an instructor in the Department of Psychiatry and Behavioral Sciences at the University of California, San Francisco (UCSF). He earned his M.D.­­ and Ph.D. from Stanford University, where he studied neural computations performed by the retina. He spent a year in Switzerland as a Fulbright Scholar, modeling synaptic-level memory consolidation and reconsolidation. He did psychiatry residency and post-doctoral training at UCSF, studying inter-animal variability in spatial learning.

Kastner’s laboratory studies how animals learn and how that learning changes in the context of psychiatric and neurodevelopmental disorders, including autism spectrum disorders. The laboratory employs a variety of techniques from high-throughput automated behavior, computational modeling, large-scale electrophysiology and brain lesioning to determine the computational principles that transform neural activity into behavior. 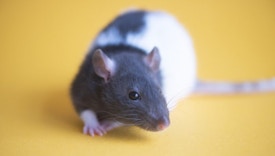