Two current and former SFARI Investigators have recently been inducted into the American Academy of Arts & Sciences: 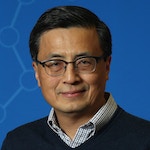 Z. Josh Huang is a distinguished professor of neuroscience in the Department of Neurobiology at Duke University. Previously, he was Charles and Marie Robertson Professor of Neuroscience at the Cold Spring Harbor Laboratory. He received his undergraduate degree in biology at Fudan University in Shanghai, his Ph.D. degree in molecular biology with Michael Rosbash at Brandeis University and his postdoctoral training with Susumu Tonegawa at the Massachusetts Institute of Technology. The overarching theme of Huang’s research is to understand the general principles of neural circuit organization of cerebral cortex that enable cognitive function through a genetic dissection of its basic elements, the neuronal cell types. He pioneered a systematic genetic approach to cortical circuits in the mouse and has made major discoveries in the molecular genetic basis of neuronal identity, synapse specificity and neural plasticity. He has been the recipient of the NIH Director’s Pioneer Award, McKnight Scholar Award in Neuroscience and Pew Scholar Award, and he was a Distinguished Investigator of NARSAD-Brain and Behavior Research Foundation. 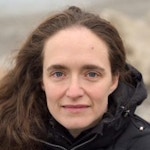 Rebecca Saxe is a cognitive neuroscientist and a professor at the Massachusetts Institute of Technology. Her research addresses the human brain’s capacity for complex abstract thought. She is especially known for her work on theory of mind, people’s ability to think about the thoughts, beliefs, plans, hopes and emotions of other people. Central questions in this research include: What makes infants’ brains more resilient than adult brains? What makes them more vulnerable? And how do children actively engage with their environment to guide learning? Saxe has authored over 100 peer-reviewed articles and has mentored more than a dozen talented graduate students and postdoctoral researchers. She is also a recognized teacher; her 2009 TED talk has been watched 3.4 million times.

As one of the nation’s oldest learned societies and independent policy research centers, the American Academy of Arts & Sciences engages experts from the academic, business and government sectors to provide innovative solutions for global challenges. Huang and Saxe are among the 261 new members elected to the academy’s 2022 class.

In addition, one SFARI Investigator has been selected to become a member of the National Academy of Sciences: 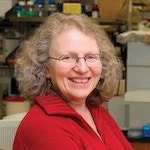 Betty Diamond graduated with a B.A. from Harvard University and an M.D. from Harvard Medical School. She performed a residency in internal medicine at Columbia Presbyterian Medical Center and received postdoctoral training in immunology at the Albert Einstein College of Medicine. Diamond has headed the rheumatology divisions at Albert Einstein School of Medicine and at Columbia University Medical Center. She also directed the Medical Scientist Training Program at Albert Einstein School of Medicine for many years. She is currently head of the Center for Autoimmune, Musculoskeletal and Hematopoietic Diseases at the Feinstein Institutes for Medical Research and director of the Ph.D. and M.D./Ph.D. programs of the Donald and Barbara Zucker School of Medicine at Hofstra/Northwell. A former president of the American Association of Immunology, Diamond has also served on the Board of Directors of the American College of Rheumatology and the Scientific Council of the National Institute of Arthritis and Musculoskeletal and Skin Diseases (NIAMS). Diamond is a fellow of the American Association for the Advancement of Science (AAAS) and a member of the National Academy of Medicine.

Huang, Saxe and Diamond join a number of SFARI Investigators who have been named to both societies in recent years.