Two current and former SFARI Investigators have been elected as new members of the National Academy of Sciences: 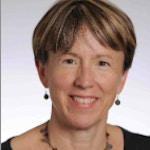 Roeder’s research is focused on statistical genetics and the genetic basis of complex disease. Her group has developed tools for identifying autism risk genes from de novo mutations as well as associated gene networks. 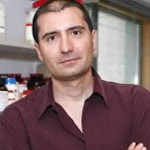 Sabatini’s research is focused on understanding the development and regulation of synapses in the brain and the relationship of these processes to behavior and disease. His laboratory studies the developmental changes that occur after birth that make learning possible as well as the circuit changes that are triggered by the process of learning. They are also interested in understanding how perturbations of these processes contribute to human neurodevelopmental and neurological disorders, including autism spectrum disorders and Parkinson’s disease.

A total of 100 new members and 25 foreign associates were elected to the academy on April 30, 2019. The complete list is available here.

New DYRK1A and GRIN2B zebrafish models added to SFARI resources
Subscribe to our newsletter and receive SFARI funding announcements and news
We use cookies to analyze web traffic and to improve your browsing experience; full details are in our privacy policy. Please agree to accept cookies from our site.AGREE