Two SFARI Investigators have been elected as new members of the National Academy of Sciences: 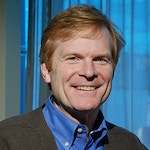 Christopher Walsh is Bullard Professor of Neurology at Harvard Medical School, Chief of the Division of Genetics at Boston Children’s Hospital and an Investigator of the Howard Hughes Medical Institute.

Walsh’s research focuses on the development, function and evolution of the human cerebral cortex. He has pioneered the development of genetic analyses for disorders affecting the developing brain. His laboratory has identified genetic causes for dozens of neurodevelopmental disorders, including those associated with autism, intellectual disability, seizures and microcephaly. 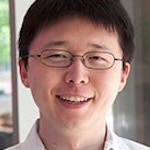 Feng Zhang is Patricia and James Poitras ’63 Professor in Neuroscience, an associate professor of brain and cognitive sciences and biological engineering at the Massachusetts Institute of Technology and an investigator at the McGovern Institute for Brain Research. He is also a core member of the Broad Institute and a Howard Hughes Medical Institute-Simons Faculty Scholar.

Zhang’s research is focused on developing novel molecular technologies, such as CRISPR methods for genome editing. His laboratory applies these tools to interrogate gene function and study neurodevelopmental and psychiatric disorders in animal and stem cell models.

The National Academy of Sciences is a private, non-profit society of distinguished scholars. Established by an Act of Congress in 1863, the academy is charged with providing independent, objective advice to the nation on matters related to science and technology. Scientists are elected to the academy by their peers in recognition of their distinguished and continuing achievements in original research.

A total of 84 new members and 21 new foreign associates were elected to the academy on May 1, 2018. The complete list is available here.

New DYRK1A and GRIN2B zebrafish models added to SFARI resources
Subscribe to our newsletter and receive SFARI funding announcements and news
We use cookies to analyze web traffic and to improve your browsing experience; full details are in our privacy policy. Please agree to accept cookies from our site.AGREE