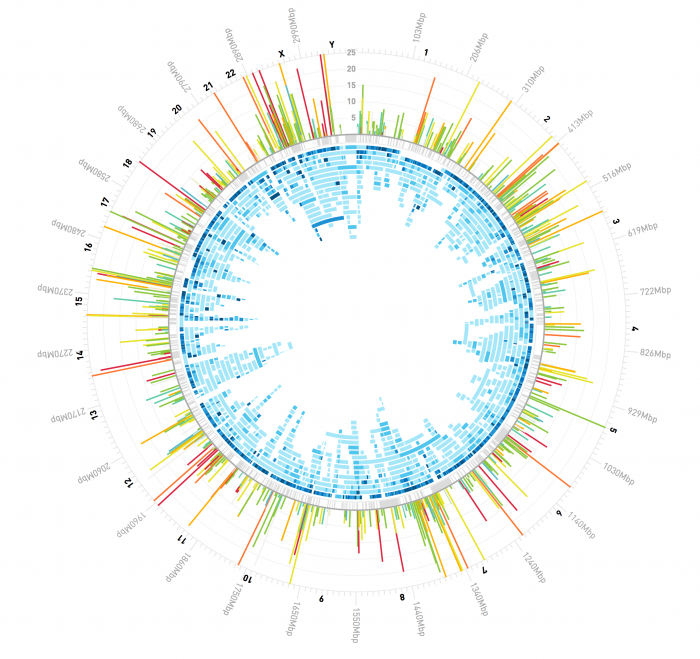 SFARI is happy to announce a new addition to the gene-scoring module of SFARI Gene: scores and rankings from an additional six published approaches to evaluating the strength of the evidence implicating each gene in autism risk. These ‘third-party gene scores’ will provide users with easy access to a range of assessments of autism risk genes, complementing the categories (syndromic (S) and 1-6) already highlighted on the site.

The newly included ranking systems are:

The Exome Aggregation Consortium (ExAC) is a summary database of 60,706 exomes that has been widely used to estimate ‘constraint’ on mutation for individual genes. Introduced by Lek and colleagues2, the pLI score was developed as a measure of the probability of intolerance to loss-of-function mutation.

Iossifov and collaborators3 provide a list of 239 genes with a probability of at least 0.8 of being associated with autism risk. This probability metric combines the evidence from de novo likely gene-disrupting and missense mutations and assesses it against the background mutation rate in unaffected individuals from the University of Washington’s Exome Variant Sequence database.

Introduced by He and colleagues4, the Transmission and De Novo Association (TADA) score is a statistic that integrates evidence from both de novo and transmitted mutations. It forms the basis for the claim of 65 individual genes being strongly associated with autism risk at a false discovery rate of 0.15.

Larsen and colleagues generated gene scores based on the sum of evidence for all available autism spectrum disorder (ASD) associated variants in a gene, with assessments based on mode of inheritance, effect size and variant frequency in the general population6.

Additional information about each approach can be found in the Show Scoring Methodology link accompanying each score, and a list of gene scores and ranking for all genes can be downloaded from the dropdown menu on the Tools page.