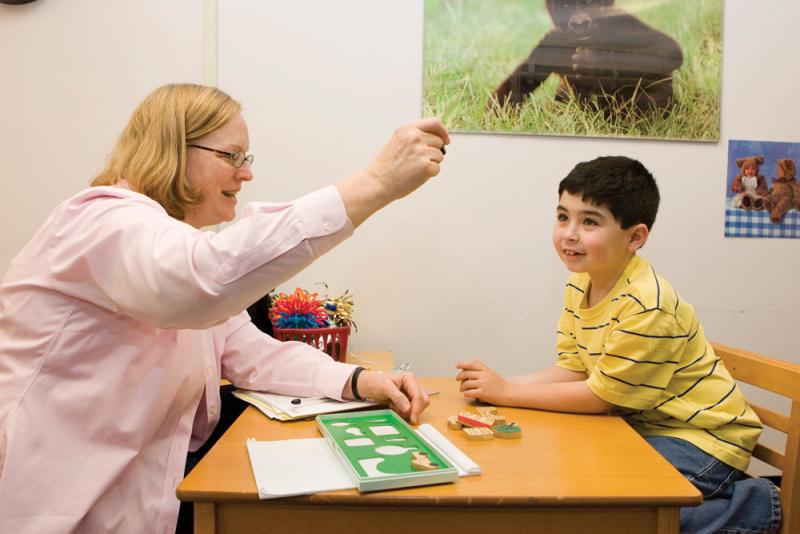 How did the idea for the SSC develop?

The Simons Foundation was interested in working with simplex families that were not so genetically loaded; where something might have happened that’s unique to the child with autism.

What is the main purpose of the SSC?

Initially in the field we thought there was going to be one autism gene, but that’s clearly not true. If we can identify what genes characterize the disorder, and we know what those genes do, then we can develop treatments.

What does the Autism Diagnostic Observation Schedule entail?

We make a diagnosis by doing a long, standardized parent interview, which describes the medical history of the child and also what the child is like at home. Then we have a formal observation and psychological, cognitive and language testing.

Why do all the SSC sites use the same tests?

For many years, autism studies had great difficulty in replicating across labs, and one concern was that they were actually studying children with very different characteristics, but all diagnosed with autism. Because at this point autism is defined purely by behavior, we must be very careful in our descriptions of behavior.

What’s the long term plan for the SSC?

Ideally, once we begin receiving the genetic findings we will be able to review the data and look across all the sites for particular kids. We could, for example, follow up on only the girls with a diagnosis of autism; go back and say how were they doing in school, or do further medical tests like imaging studies.