Paul Wang joined Clinical Research Associates in 2016. His responsibilities focus on the development of arbaclofen for clinical use in autism spectrum disorder (ASD). He also helps support other Simons Foundation research initiatives, especially those with clinical facets.

Wang received an A.B. from Harvard College and an M.D. from Yale University School of Medicine. He trained in pediatrics at the University of Michigan and in developmental-behavioral pediatrics at Children’s Hospital of Philadelphia (CHOP). He also completed a research fellowship at the Salk Institute, in the laboratory of Ursula Bellugi, where he studied the cognitive neuroscience of Williams and Down syndromes. His work there helped to establish the existence of diagnosis-specific profiles of cognitive ability and the role of working memory in other cognitive functions. Later, on the faculty of CHOP, Wang extended this ‘genetics first’ approach to the 22q11.2 deletion syndrome. While at CHOP, he provided medical care to hundreds of families affected by ASD and related genetic conditions.

From 2002 to 2013, Wang worked in clinical development at Pfizer and then at Seaside Therapeutics, providing leadership for programs on adolescent schizophrenia and bipolar disorder, and for novel programs on fragile X syndrome and ASD. These programs have provided multiple learnings for future clinical trials. He subsequently worked at Autism Speaks as senior vice president for medical research, helping to interpret research advances for a broad audience. Wang also works and has worked in leadership roles for the American Academy of Pediatrics, the American Board of Pediatrics, the Society for Developmental-Behavioral Pediatrics and the Williams Syndrome Association. He has served on many standing and ad hoc advisory committees for the National Institutes of Health, Centers for Disease Control and Prevention, and other grant-giving organizations.

In this blog post, Paul Wang discusses the importance of supporting the development and validation of objective clinical outcome measures for autism. He also provides an overview of four new SFARI-funded projects that aim to develop such tools. 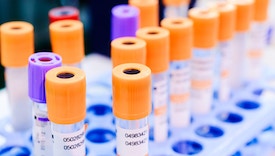 NewsSFARI announces the awardees of the supplemental funding for studies of maternal COVID-19 as a potential risk for autismAugust 25, 2021 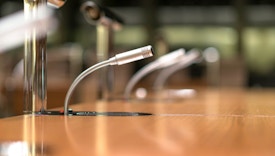 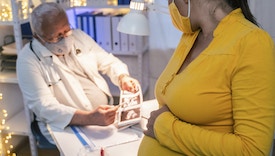 NewsSFARI workshop discusses opportunities to study maternal infection and autism risk during COVID-19 pandemicDecember 11, 2020
Subscribe to our newsletter and receive SFARI funding announcements and news
We use cookies to analyze web traffic and to improve your browsing experience; full details are in our privacy policy. Please agree to accept cookies from our site.AGREE