John Spiro joined the foundation in 2007. He served as SFARI interim director between October 2000 and September 2021, and before that he was SFARI deputy scientific director. Spiro oversees all aspects of the foundation’s autism research initiatives, including managing a team of scientists and administrative staff involved in launching requests for applications, evaluating proposals and other projects, organizing scientific workshops and meetings and overseeing SFARI.org. He helped launch the Simons Variation in Individuals Project (now Simons Searchlight) and has spearheaded the foundation’s efforts to promote the use of preprints in the life sciences as well as other initiatives aimed at more open data sharing.

Spiro earned his undergraduate degree in biology from Haverford College and his Ph.D. from the University of California, San Diego. His thesis was based on work in the laboratory of the late Walter Heiligenberg, and his postdoctoral work was with Richard Mooney at Duke University. His research interests were in cellular and systems neuroscience, and he focused on preparations where it was possible to forge links between cellular neurobiology and behavior.

In 2000, Spiro joined the Nature Publishing Group as an editor at Nature Neuroscience, where he was involved in evaluating research findings across the field of neuroscience. In 2004, he joined Nature as a senior editor on the biology team, where he oversaw a group of editors responsible for editorial decisions and peer review of manuscripts across all areas of neuroscience, ranging from molecular development to functional imaging and behavior. In addition, he gained experience in communicating science to both professional scientists and the public through his involvement in commissioning, editing and writing editorials, book reviews and other material for the journal and related web-based resources.

In this blog post, Wendy Chung and John Spiro outline some of the important ways in which the Simons Searchlight program has been recently expanded, including increasing the number of genes and copy number variants that are being studied.

May 20, 2016
SFARI supports preprints for the life sciences

SFARI’s deputy scientific director, John Spiro, outlines two important changes that have been implemented in light of SFARI’s support for preprints of life science research findings. SFARI Investigators are encouraged to post preprints on recognized servers ahead of publication in a peer-reviewed journal. In addition, the SFARI biosketch form has been updated to include space for grant applicants to list manuscripts deposited in preprint servers. SFARI hopes that these changes will help to accelerate the pace of autism research.

On 2 September, we plan to announce a new request for applications. Letters of intent, the short statements that precede full applications, are due no later than 10 October. It seems timely, therefore, to describe how we make decisions on research proposals. 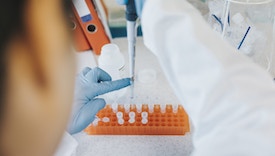 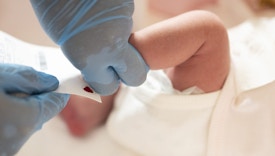 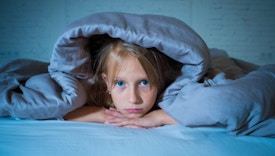 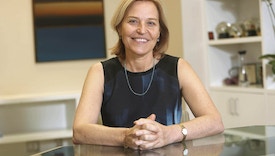 NewsKelsey Martin to lead the Simons Foundation Autism Research Initiative, Neuroscience CollaborationsJuly 12, 2021
Subscribe to our newsletter and receive SFARI funding announcements and news
We use cookies to analyze web traffic and to improve your browsing experience; full details are in our privacy policy. Please agree to accept cookies from our site.AGREE