Hiroki Asari is a group leader at the European Molecular Biology Laboratory (EMBL Rome, Italy). He received his Ph.D. from Cold Spring Harbor Laboratory, where he worked with Tony Zador on auditory system characterization. He then studied how the vertebrate retina processes visual information as a postdoctoral fellow with Markus Meister at Harvard University and the California Institute of Technology. He became a faculty member at EMBL Rome in 2016.

How do neurons interact with each other to perform specific neurological functions? To address this question, the Asari group combines experimental and computational approaches to study the structure and function of neuronal circuits, specifically focusing on the early visual system of mice. In particular, they have been taking a theory-driven approach to better understand circuit mechanisms underlying diverse computations in the retina.

Using modern systems neuroscience tools, they have also been studying the role of retinopetal projections and their impact on the retinal visual responses under different behavioral contexts. They have recently expanded their research program to study how retinal outputs are integrated in the superior colliculus together with top-down modulatory inputs from the visual cortex in response to behaviorally relevant stimuli. The outcome of their research will lead to a better understanding of how the eye signals visual information and how those signals are processed further by the brain in healthy and neurodevelopmental and psychiatric conditions. 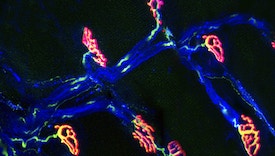