Louis Reichardt joined the foundation to lead SFARI in 2013. His role at SFARI is to set strategic priorities that guide funding decisions and to identify new opportunities for enhancing the scientific understanding of autism spectrum disorders as well as improving diagnosis and treatment.

Prior to assuming this post, Reichardt was the Jack D. and DeLoris Lange endowed chair in cell physiology at the University of California, San Francisco, where he directed its renowned neuroscience graduate program since 1988. A Fulbright scholar with an undergraduate degree from Harvard University and a Ph.D. from Stanford University, Reichardt was a Howard Hughes investigator for more than 20 years.

The recipient of a Guggenheim fellowship in 1985, Dr. Reichardt is a fellow of both the American Association for the Advancement of Science and the American Academy of Arts and Sciences. He was one of three founding editors of the journal Neuron and is a senior editor of the Journal of Cell Biology. He serves on several additional editorial and advisory boards.

Reichardt’s research has focused on neurotrophins, a family of proteins that play a key role in neuron functioning, and on major families of cell adhesion proteins, including integrins and cadherins, which control the formation of the brain and interactions of neurons at synapses and elsewhere. He has made major contributions to the study of intracellular signaling pathways that mediate the effects of these proteins, such as the Wnt pathway and modulators of the cytoskeleton, several of which play a role in autism spectrum disorders.

Reichardt is also a noted mountaineer who climbed both Mount Everest and K2 by new routes more than 35 years ago. 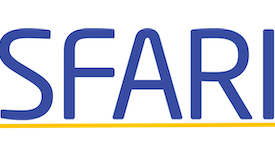 NewsTransition in SFARI DirectorshipDecember 18, 2019
Subscribe to our newsletter and receive SFARI funding announcements and news
We use cookies to analyze web traffic and to improve your browsing experience; full details are in our privacy policy. Please agree to accept cookies from our site.AGREE